The Landing of the Mohawks of the Bay of Quinte

Our ancestors were military allies of the British Crown during the American Revolution as well as many previous wars between England and France. Fighting as British allies in the American Revolution, some of the bloodiest battles took place in the Mohawk Valley. Although the official position at the onset of the revolutionary war was one of neutrality, our ancestors later assisted the British as the Mohawk Valley broke out in warfare. One of the many promises made to our ancestors in order to gain their support was that their homeland villages would be restored at the end of the war. However, when the war ended with the signing of the 1783 Treaty of Paris, Britain gave up the Mohawk homelands to the American rebel forces.

In recompense for the loss of the homelands and in recognition for their faithful military allegiance with the British Crown, the Six Nations were to select any of the unsettled lands in Upper Canada. As a result of this Crown promise, our ancestors selected lands on the north shore of Lake Ontario for settlement. These lands were not unknown to the Six Nations people as they were part of a vast northern territory controlled by Iroquois Confederacy prior to the Royal Proclamation of 1763. The Bay of Quinte is also the birthplace of Tekanawita, the Peacemaker that brought the original Five Nations Iroquois Confederacy under a constitution of peace in the 12th century.

After travelling by canoe from Lachine, Quebec, our ancestors arrived on the shores of the Bay of Quinte on May 22, 1784. About 20 families, approximately 100-125 people, were met by Mississaugas who were in the area. It is our tradition to mark the anniversary of the Landing with a re-enactment of landfall and a thanksgiving for the safe arrival of our ancestors.

In recompense for the loss of the homelands and in recognition for their faithful military alliance with the British Crown, the Six Nations were to select any of the unsettled lands in Upper Canada.  As a result of this Crown promise, our ancestors selected lands on the north shore of Lake Ontario for settlement.

Our Treaty, Our Lands

Although the Crown had promised the lands to the Six Nations the year before, our ancestors found some of the lands had been occupied by Loyalist families. After nine years of reminding the Crown of promises made at the close of the war, the Six Nations were granted a tract of land although smaller than originally promised. The land came to be known as the Mohawk Tract, about the size of a township, approximately 92,700 acres on the Bay of Quinte. A deed to this land known as the Simcoe Deed or Treaty 3½ was executed on April 1, 1793 by Lieutenant Governor John Graves Simcoe.

Not long after the Mohawks made settlement, many United Empire Loyalists continued to come into the Bay of Quinte area. Within a span of 23 years (1820-1843) two-thirds of the treaty land base under the Simcoe Deed was lost as the government made provisions to accommodate settler families. Today, the Mohawks of the Bay of Quinte have approximately 18,000 acres remaining of the original treaty land base and the current membership numbers over 8,000.

Interpretation of the Flag of the Tyendinaga Mohawk Territory

Derived from the colours used in the wampum belts:
WHITE: Emblem of something good, of peace and purity.

PURPLE: Emblem of more important affairs of a civic nature.

Because of his ability to see far, the Peacemaker placed him at the top of the Great Tree of Peace. If he sees in the distance any evil approaching or any danger threatening, he will at once warn the Haudenosaunee, the People of the Confederacy.

The Silver Chain
A covenant which represents the relationship between the Haudenosaunee, which the Mohawk Nation is a member, and the Europeans. This relationship was to be “pure, strong and untarnished” as the silver of a chain. The tradition behind the silver chain is important as it recognizes a need or the continuous attention to “polish” the chain and keep it in a “healthy” condition. Together these symbolize the need for continuous dialogue between the Mohawk Nation and other governments to maintain the health of their relationship and to deal with current issues.
The Circle

Symbolizes the Great Peace and the Great Law (Kaianerekowa) that was established by the Five Nations of the Haudenosaunee.

It is provided thus: There are now the Five Nations League Chiefs standing with joined hands in a circle… be firm so that if a tree should fall upon your joined hands, it should not separate you or weaken your hold. So shall the strength of your union be preserved. 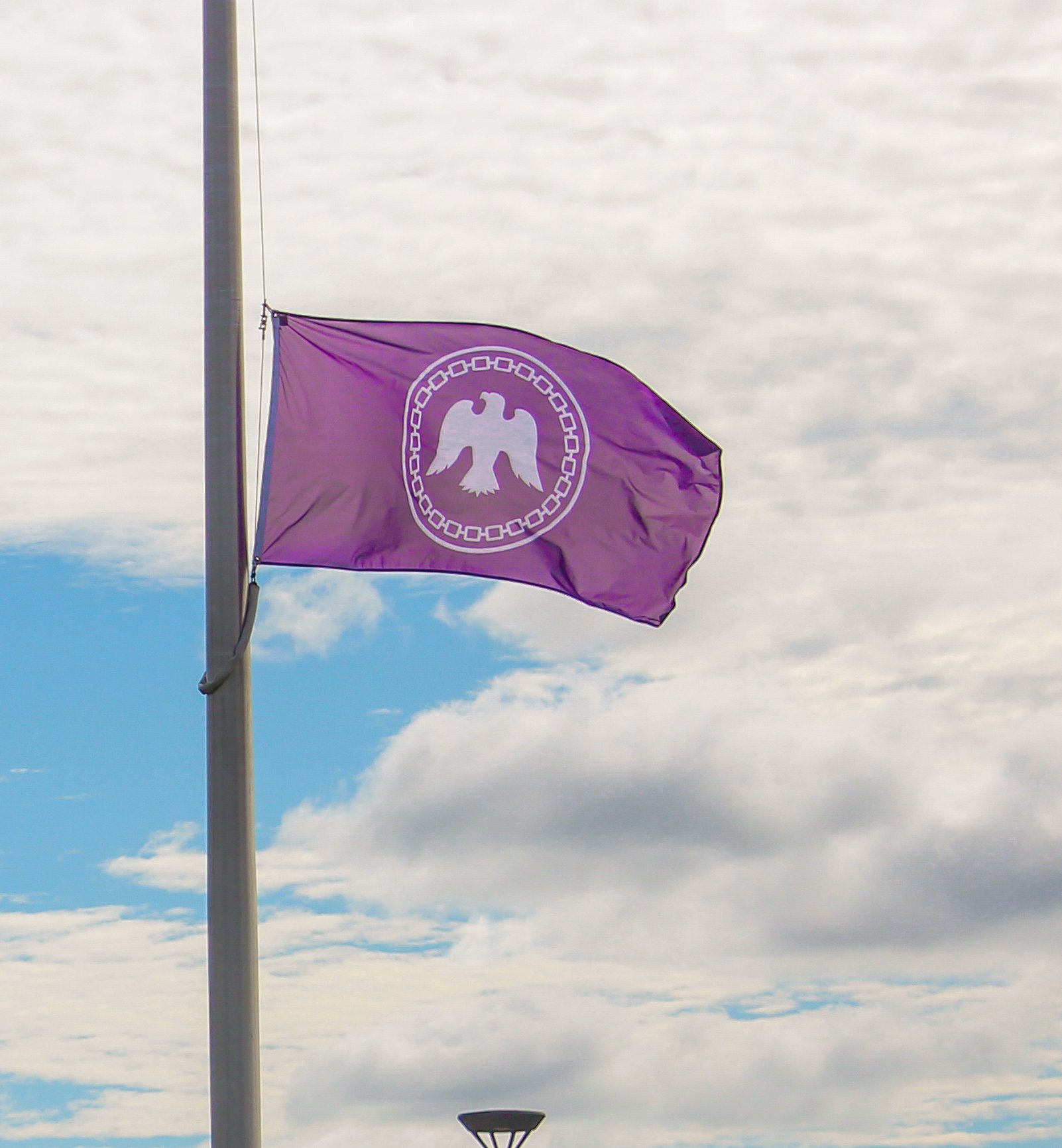 Her Majesty’s Royal Chapel of the Mohawks, built in 1843 is one of six Royal chapels outside of Great Britain and is of great historic significance to the Mohawk people and to the colonial history of Canada.

Christ Church recently underwent a major restoration project. Due to decades of natural aging, major restoration has taken place to all exterior components of the building. This undertaking was necessary to maintain this historic site. For more information on the Church, click here.

A Mohawk of national historic significance, Doctor Oronhyatekha was born August 10, 1841 at Grand River. This is the territory of the Six Nations people, near what is now known as Brantford, Ontario. During his lifetime and years later, his efforts and successes had a profound effect on the social and economic policies of Canada at the time of it’s greatest changes and growth. Read more here about the life of Orohyatekha (Burning Sky).